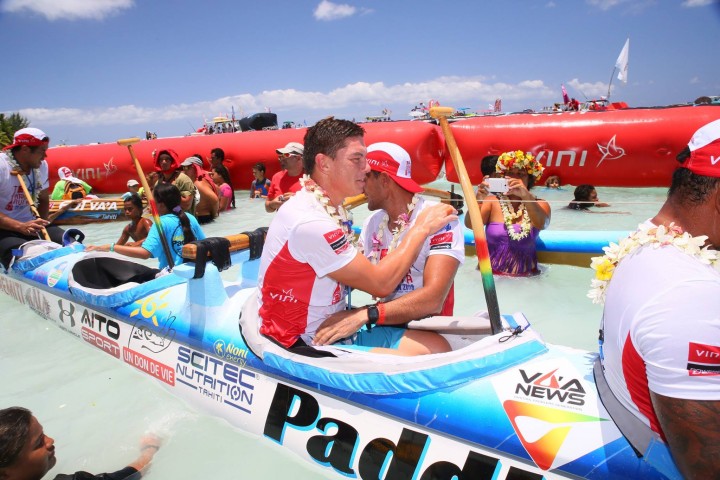 The Hawaiki Nui (29th edition) attracts each year more than a hundred of canoe racers coming from all French Polynesia but also from Hawaii or Europe. They compete for 3 days from the islands of Huahine, Raiatea, Taha’a and Bora Bora. The distance varies from 25km to 60km; the competition reveals the physical and moral strength of the canoe racers. Despite of the challenges of this practice, the canoe race always goes on in a warm atmosphere which makes this event unique, for those who want to taste this Polynesian warmth.

Born in 1992 from a man’s idea, named Edouard Maamaatuaiahutapu, who wanted to make a tribute to the beauty of the islands where he lived and to his group of friends who loved the sea and canoe races. This mythical race was thought from simple criterias: to be as prestigious as the Moloka’I Hoe race in Hawaii but more arduous. The 3 stops of the canoe race vary between 25 to 60 km to go through the most beautiful islands such Raiatea, Taha’a, Huahine and Bora Bora and last between 2h to 4h30.

The canoes hold 6 racers each and most of them are practically professionals. The canoes come from all over Polynesia and even from Hawaii, Europe and other islands of the Pacific. In total, there are over hundreds of canoes (followed by hundreds of other boats) which run to win the prestigious title.

The arrival of the canoe racers to each island is a moment to celebrate and meet the warm people of the island. The nights are animated by traditional music and dances in an international atmosphere which is a poignant moment of cultural life and Polynesian sport.

Today, the Hawaiki Nui is definitely the most important canoe race and the most well-known internationally; this is an event to be attended when having a chance to stay in the islands during that time of the year. 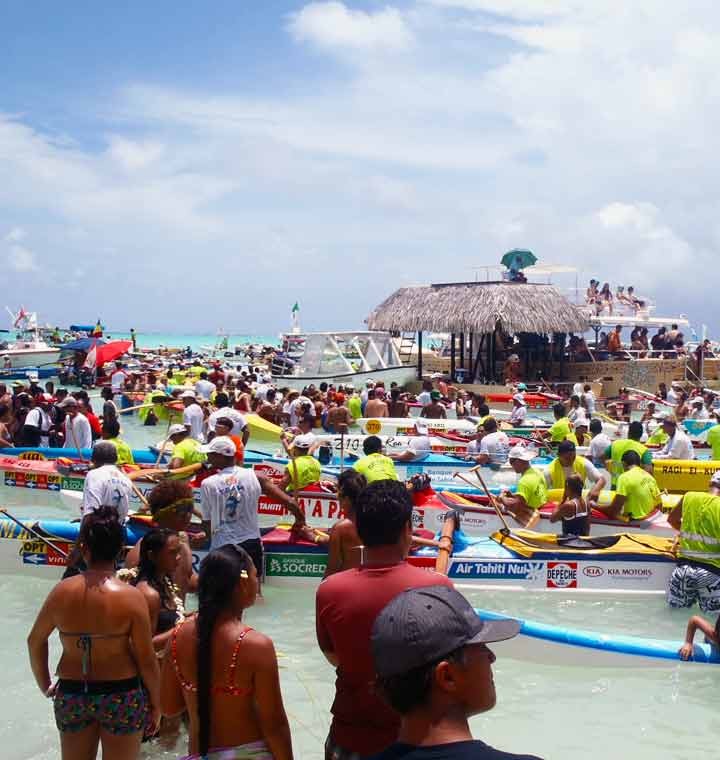 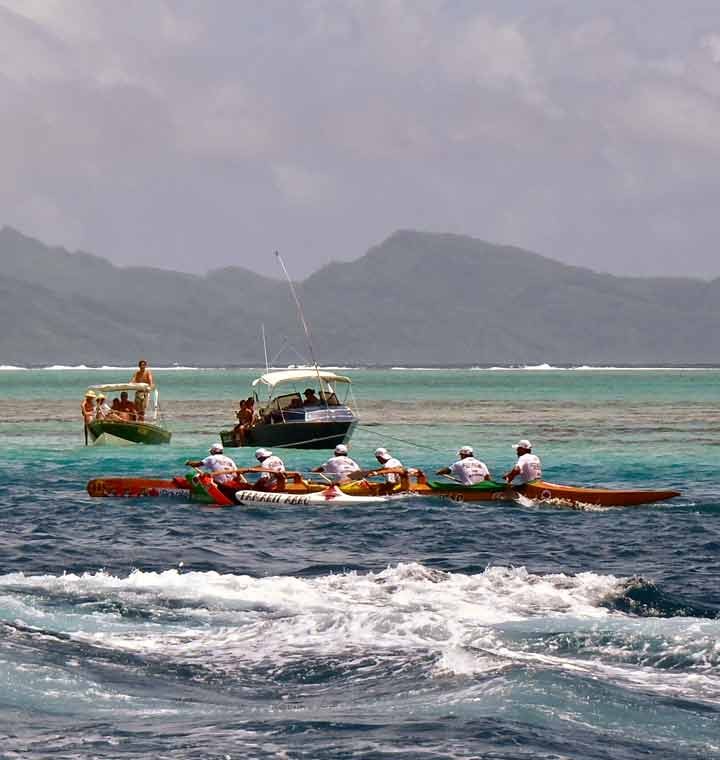 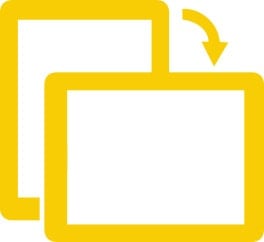