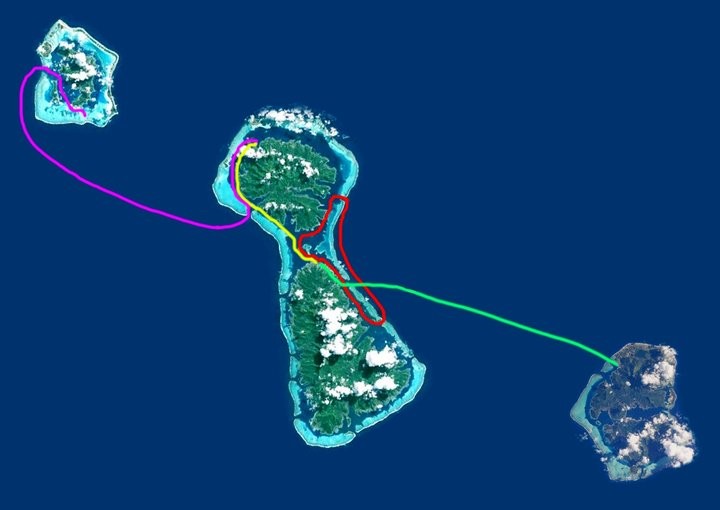 This 28th edition of Hawaiki Nui Va'a will be held from October 30 to November 1, 2019 in the Leeward Islands archipelago. This international competition is approved by the country and benefits from the country's financial support as well as sponsorship from all the country's major companies. This year again more than a hundred pendulum canoes will start from the Fare site and cross the finish line on Matira beach.

This pirogue race, which is a highly anticipated event every year and has been in existence since 1992. At the base created to promote the practice of this sport on the high seas at regional and international level nowadays it is very successful with more and more foreign teams participating. This race offers a 129 km course linking the islands of Huahine, Raiatea, Taha’a, and Bora Bora in three stages.

In 1995 the Va'a Hine was created as a half-marathon race for women's teams and in 1998 the Taure'a races were created for junior teams.